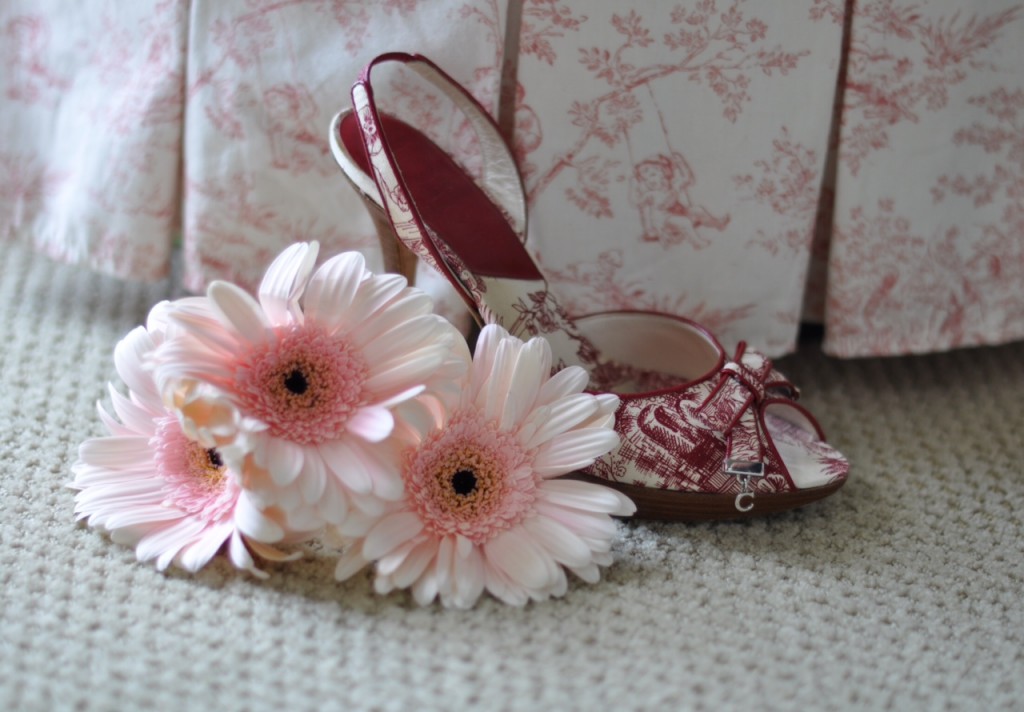 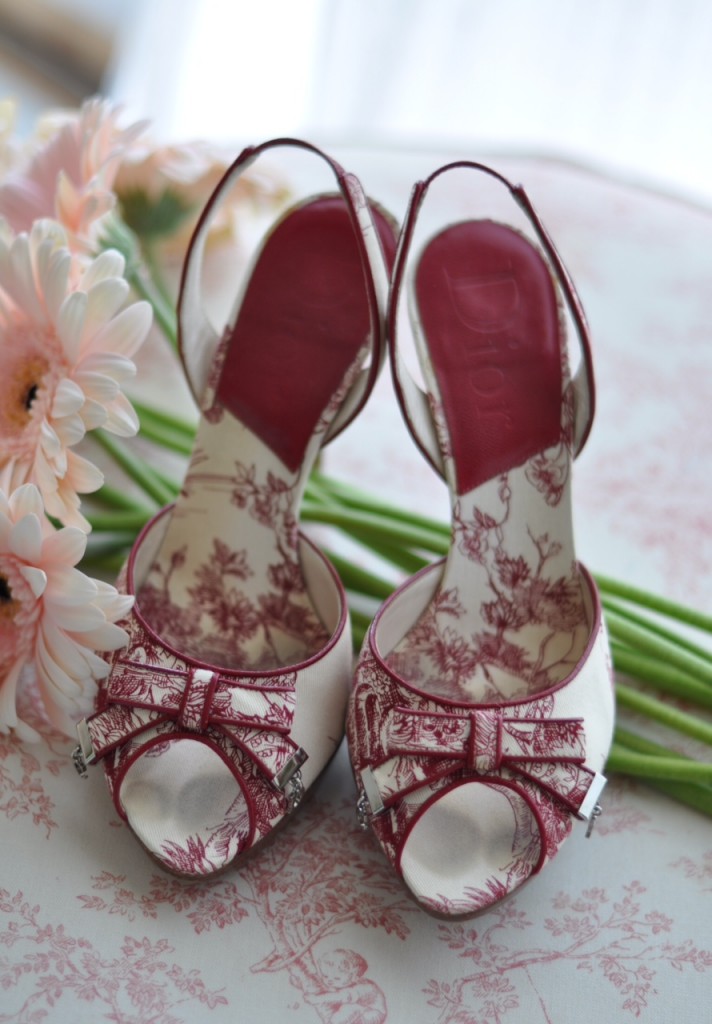 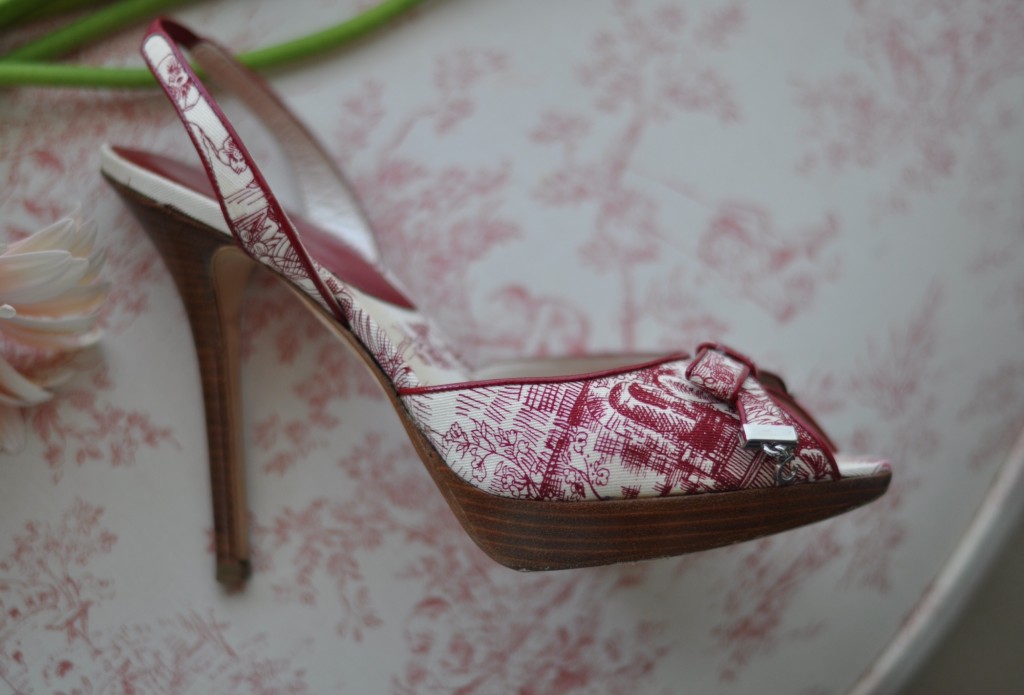 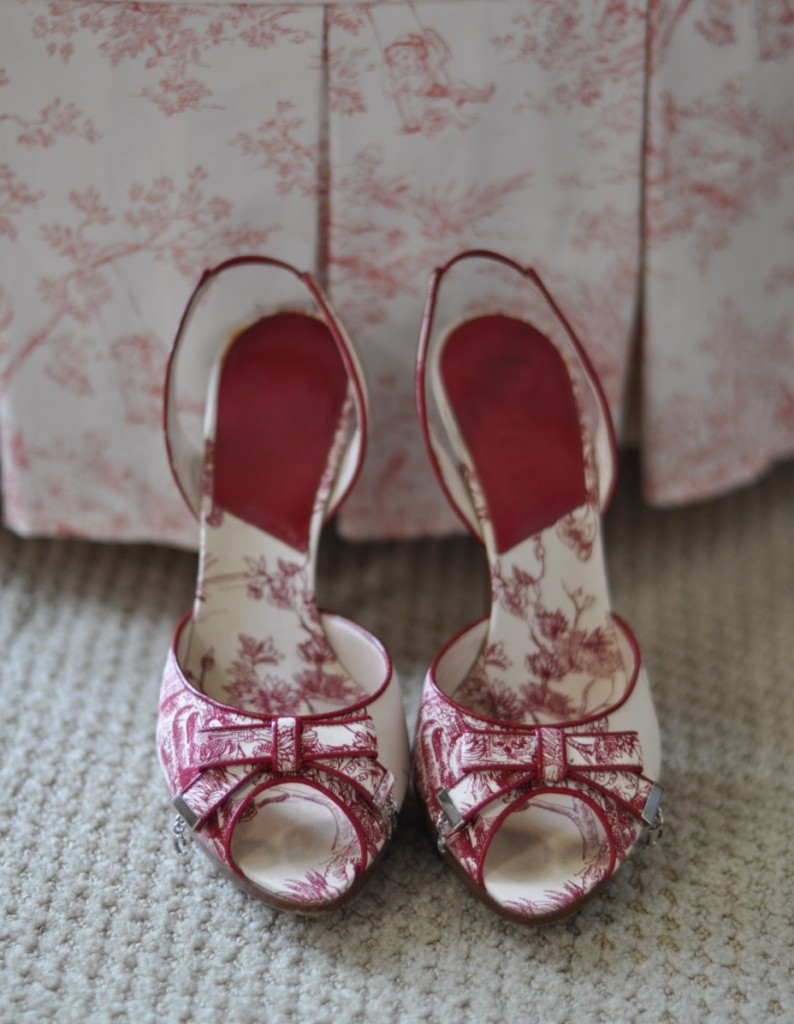 These shoes spoke to me the minute I laid eyes on them.  I love the feminine feel of the Toile fabric and  delicate bows on the peep-toes.  “Toile de Jouy” abbreviated to the common term of Toile, is a clasic fabric consisting of a repeated pattern depicting a fairly complex scene, printed in a single color traditionally on a white or off-white background.  Originally produced in Ireland in the 18th Century.  This fabric quickly became popular in Britain and France and was primarily used for decorating.  Previously only used for decorating, fashion designers have been incorporating Toile into their designs and it makes the occasional appearance into our wardrobes.

My name is Jodi and I have been into fashion as long as I can remember. I often get asked what I am wearing and have been told for years to start a blog so I finally took the plunge and started High Heels and Tutus. This is my daughter and I's adventures with fashion.
View all posts by Jodi »


Warning: count(): Parameter must be an array or an object that implements Countable in /nfs/c02/h04/mnt/21524/domains/highheelsandtutus.com/html/wp-includes/class-wp-comment-query.php on line 399

Floral in the park
Chiffon Pleats